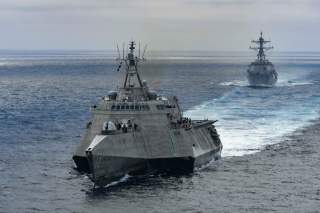 Key point: How much and what the LCS can contribute depends on whether a likely field of combat lies in the Persian Gulf, the Black Sea, or the South China Sea.