The U.S. Navy's Next Generation Aircraft Will Be Expensive 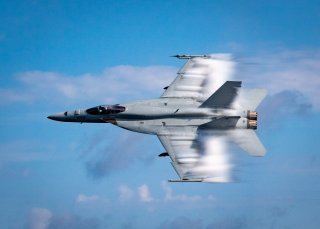 To replace the United States Navy’s Super Hornets by the end of the decade, the Navy is already preparing for the Next Generation Air Dominance (NGAD) program.

“The NGAD FoS [family of systems] will replace the F/A-18E/F Block II aircraft as they begin to reach end of service life in the 2030s and leverage Manned-Unmanned Teaming (MUM-T) in order to provide increased lethality and survivability,” a statement from the Department of the Navy’s acquisition officials explained.

“F/A-XX is the strike fighter component of the NGAD FoS that will be the ‘Quarterback’ of the MUM-T concept, directing multiple tactical platforms at the leading edge of the battlespace.”

The U.S. Navy and U.S. Air Force are both pursuing an NGAD program, though each program will produce distinct aircraft.

“As autonomy and [machine learning] efforts mature, the appropriate mix of F/A-XX, manned and unmanned platforms will be evaluated to ensure the most lethal and affordable [carrier air wing] possible.”

Ultimately the F/A-XX will replace the U.S. Navy’s F/A-18E/F Super Hornets as they approach retirement in the 2030s. However, little is publicly known about the NGAD platform, including its final price tag. In fact, the U.S. Navy has not revealed how much the NGAD program has cost for the last three budget cycles.

The challenge for the U.S. Navy—particularly in the Indo-Pacific—is the tyranny of distance that both ships and aircraft have to overcome. Although the U.S. Navy is moving forward with its first MQ-25 Stingrays, a remotely-controlled refueling aircraft that would greatly expand the range of carrier aircraft, increasing the F/A-XX’s range will be important.

The F/A-XX’s “specific capabilities and technologies are under development, however, analysis shows it must have longer range and greater speed, incorporate passive and active sensor technology, and possess the capability to employ the longer-range weapons programmed for the future,” the Navy’s aviation document explained.

“As the Super Hornets are retired from service, a combination of F-35C and F/A-XX will provide Navy tactical fighter aircraft capability and capacity within the CVW.”