The U.S. Navy's Zumwalt Destroyer: A Real Killer Or Waste of Money? 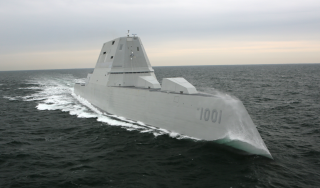 Key point: The Navy is experimenting with a new mission for the Zumwalt.

This first appeared in Warrior Maven here several years ago. It is being republished due to reader interest.