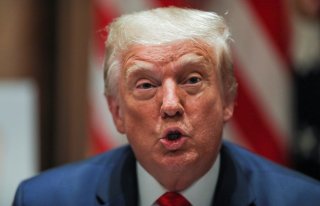 The 1876 presidential election—one of the most controversial elections that made Americans question the validity of the Electoral College voting system—granted Republican Rutherford B. Hayes the presidency after a polarized Congress disputed votes from four key states, marking the closest victory in history, as Hayes beat his Democratic competitor by just one vote.

President Donald Trump has suggested that he won’t accept the election results in November, claiming that mail-in ballots are “rigged” and there would likely be foreign interference. With Trump drowning in the polls due to his inconsistent handling of the coronavirus and his avid beliefs of suspecting voter fraud, will history repeat itself?

Amid the 1876 presidential election, the United States was in a blistered economic depression—which came to be the panic of 1873. Republican Ulysses S. Grant was the president at the time, so Democrats viewed the election as being advantageous since the economy was in complete ruins. The party nominated bourbon Democrat Samuel J. Tilden, the former governor of New York, to regain the White House.

The Republicans supported Hayes, the former governor of Ohio and Civil War hero, who also was known to be a reformer. Both candidates didn’t campaign much partially due to the country’s economic state.

The 1876 election results are still debated by historians. Tilden had won 184 of 185 needed electoral votes and also led the popular vote by more than 250,000. Four states—Florida, Louisiana, Oregon, South Carolina—claimed victory on both sides of the aisle, forcing Congress to dictate which candidate would receive the twenty electoral votes since the Constitution couldn’t determine the outcome.

With the Democrat power in the House and the Republicans dominating the Senate—similar to 2020—Congress established a bipartisan electoral commission composed of seven Democrats, seven Republicans and one Independent. But, the Independent—Supreme Court Justice David Davis—dropped out of the commission after he was offered a Senate seat. A Republican then replaced him, and the commission voted along strict party lines in favor of Hayes getting the electoral votes.

In an 8-7 ruling, Hayes beat Tilden by one electoral college vote, marking it one of the few presidential elections that the president elected did not lead by popular vote.

Republicans had accused Democrats of instilling intimidation and fear in the South towards Black people, forcing them not to vote, while Democrats believed Republicans weren’t properly counting Tilden’s votes.

“I can retire to public life with the consciousness that I shall receive from posterity the credit of having been elected to the highest position in the gift of the people, without any of the cares and responsibilities of the office,” Tilden said.

Trump has rallied an overwhelming amount of disapproval from the country for its economic state and rapid spread of the coronavirus, pushing presumptive Democratic nominee Joe Biden to the national spotlight as the next president of the United States. Although the polls do indicate Biden’s lead, Trump still could have a chance at reelection—especially if Congress recounts electoral votes or the “silent majority” takes over the ballot boxes in November, similar to the 2016 election.

The pandemic has created an economic crisis, one that Biden is using as a talking point against Trump and the GOP’s leadership, similar to what happened in 1876. The former vice president might be portrayed as a radical and fresh change for the country, but will Trump’s incumbent advantage, vocal disdain at potential election results and the “silent majority” ultimately allow him to win?

A week is like a year in politics, so a lot can happen between now and November.