Use of Illegal Glock Switches on the Rise Around the Country 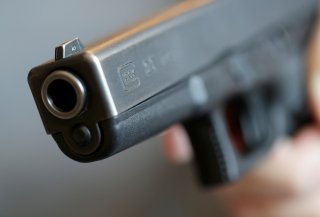 Gun control advocates continue to call for stronger laws to “reduce gun violence,” but most of the efforts would seem to impact law-abiding gun owners, yet potentially do little to address the real issue of illegally owned firearms. This should be noted as this week a Newark man was sentenced to forty-one months in prison for violations including illegal possession of a device that turns a normal semi-automatic handgun into a fully-automatic weapon.

Anthony Reynolds, twenty-eight, was arrested last summer for having a .40-caliber Glock handgun fitted with a "Glock Switch” that "effectively converted it into a machinegun," according to the United States Attorney's Office for the District of New Jersey.

It should also be noted that Reynolds, who was previously convicted in federal court in the District of New Jersey of carjacking—an offense punishable by more than one year's imprisonment—couldn't even legally own the handgun even without the Switch.

What is the Glock Switch?

The so-called “Glock Switch” isn’t exactly new. It has been imported to the United States from China for more than a decade. It was in September 2017 that TheFirearmBlog reported that the switches were even being sold via online retail giant Amazon.com. What is notable is that the device even features a Glock logo, which could confuse the less knowledgeable to think it is a sanctioned product—something it certainly isn’t.

The Bureau of Alcohol, Tobacco, Firearms and Explosives (ATF) described the switch as, “A relatively simple, albeit illegal, device that allows a conventional semi-automatic Glock pistol to function as a fully automatic firearm. The switch is classified as a machine gun under federal law.”

The device, which reportedly can be made via a 3D printer, has been recovered in many instances by law enforcement across the country.

More recently, the switches have plagued Chicago, which like Washington, has some of the strictest gun laws in the country. Chicago police have described the switches as “scary and dangerous,” as they could provide gangs with automatic weapons.

“I don’t know that anyone has their arms fully around the extent of the problem,” John Lausch, the U.S. Attorney for the Northern District of Illinois, told ABC7Chicago.com. “What we’re seeing is offenders who are completely emboldened. They’re using guns to shoot people, commit carjackings, and they're doing it at all hours of the day, and really all over the city.”

Last year ATF had identified four thousand converter switches that had been smuggled into the United States from China. While the agency was able to recover more than three thousand, there could still be hundreds that could be in the hands of criminals and others intent to commit nefarious purposes.