The USS Enterprise: How One Aircraft Carrier Changed Naval History 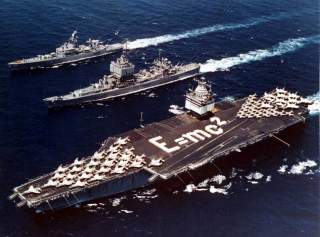 Key point: It served in nearly every theater throughout the Cold War.

The USS Enterprise, hull number CVN-65, was officially decommissioned back in 2017, which means it is no longer officially on the Navy’s register (the ship was actually transferred to inactive status in 2012, when preparations began to dispose of its nuclear reactor).

Michael Peck is a contributing writer for the National Interest. He can be found on Twitter and Facebook. This article first appeared earlier in the year.