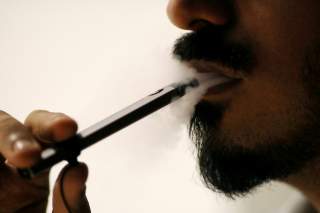 Driven by concerns about the illicit opioid trade, I started investigating drug dealers in the Philadelphia suburbs in 2017. I hadn’t noted them selling vaping products but I wondered if they were doing so then and today.  Of the six I spoke to in 2017 and 2018, one had sold vaping products, but only “made a few dollars.”  But now all six dealers sell vaping products. As one put it to me, “it’s more important to me than many other products,” although opioids are still all of the dealers largest revenue stream.

Most dealers sell cannabis products (THC oil-based) and until very recently, almost exclusively so. Today they sell all sorts of products, “whatever the market wants,” including Juul flavors, “which we’ve been stockpiling as we expect a total ban”. The most worrying thing is that most of their sales seem to be oil-based THC re-engineered or adapted products, the very ones most associated with the lung disease problem.

So what are the dealers interviewed selling in Philadelphia? They sell dozens of products (too numerous for me to record in the time I had) and like many, trade in numerous products from manufacturer Dank Vapes. I saw nine Dank Vapes e-liquids packaged in kid-friendly brands like “Apple Jacks,” “Birthday Cake,” “Black Berry Kush,” “Ice Blue Raspberry,” “Key Lime Pie,” “Purple Punch,” “Strawberry Shortcake,” “Wedding Cake,” and “Zskittlez.” There were also lots of brands of the TKO Company, but while claiming to be TKO Products many, maybe most, may well have been fakes.

Most of the dealers didn’t know the ultimate origins of the products they sold, or were not informing on local wholesalers who might know. One dealer was more forthcoming and said he bought in bulk online from business to business websites based in China, which perhaps is where many of the dealers source their products.

None of the dealers reported any police activity against their vaping sales in September, most of the enforcement focus being on fentanyl and other illicit opioids.

Roger Bate is a visiting scholar at the American Enterprise Institute.