VAT: This One Kind of Tax Could Help America's Massive Debt Problem 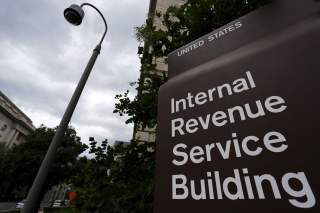 I don’t know what the US federal debt-to-GDP ratio will be in the year 2050. Probably much higher, I would guess. The Congressional Budget Office’s extended baseline forecast — basically current law extended forward — sees debt held by the public rising from 78 percent of GDP in 2019 to 144 percent by 2049. But there are budget scenarios would take it to over 200 percent of GDP.

A higher tax burden seems inevitable. So the trick will be to raise more revenue, but do it in as economically efficient way as possible. And that way probably isn’t through a massive wealth tax. Here is a bit on this subject, via my chat last August with AEI economist Alan Viard:

Pethokoukis: Have you heard of any new ways to raise tax revenue that sound like good ideas, that are done in a fair and efficient way?

Viard: Well, in the past I’ve tended to think that we ought to try to shift to an almost completely new tax system: the Bradford X-Tax, which is a novel method of taxing consumption. I still think that is an economically appealing way to raise revenue, but I’ve come to conclude that politically it’s not viable. People don’t understand it and won’t support it, so I find myself falling back on what is a very common idea, which is to introduce a value-added tax alongside the income tax. All other industrialized countries in the world use a value-added tax. It’s reasonably easy to administer, although of course, every tax has administrative problems.

It is somewhat regressive and poses somewhat larger burdens on low-income groups than on high income groups, but, as many governments around the world have discovered, there are easy ways to address that: you can give rebates at the low end or you could combine it with the income tax system scaling back the income tax to bring in the VAT alongside it and find a fair balance. At the moment, though, there is not much support for a value-added tax.

Pethokoukis: A VAT seems like a reasonable way of approaching sort of these long-term issues, but I think you’re right: it feels like it’s impossible for that to happen. What would it take for that change to occur?

Viard: One thing that would be necessary is a bipartisan agreement. Neither party will ever introduce a VAT on its own—you would have to have Republicans and Democrats coming together. For that to happen, you would have to have divided government. If only one party is in power in both chambers of Congress and in the White House, the other party’s not going to make a deal. But if you had a situation where the parties were sharing power and they were willing to work with each other and they recognized that the fiscal imbalance needed to be addressed, then it’s not too difficult to see them eventually accepting a VAT.

The way a compromise usually works is that neither side gets their first choice, but if it’s a good compromise, both sides get their second choice, and that’s what would happen here. Democrats would probably say, “Well, ideally we would like to address the fiscal gap by raising more income tax revenue, but we definitely don’t want to do it by dramatically scaling back entitlement growth, so the VAT is an intermediate option that we can live with.” Then Republicans might, at least in principle, say, “We would prefer to address the fiscal imbalance by restraining entitlement growth, but we definitely don’t want it to be addressed by raising income tax revenues.” So the VAT could be an intermediate option for them, too.