Video Alert: This Might Be France and Germany's Very Own Stealth Fighter 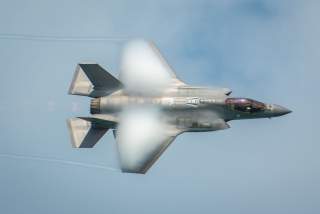 Spain is to join the Franco-German effort to develop Future Combat Air System.

France and Germany have launched a joint project to develop a next-generation fighter aircraft as part of a wider Future Combat Air System (FCAS).

The interesting video in this post features Gareth Jennings, Aviation Editor at Jane’s providing an overview of the current status of the program, as well as its projected timelines.

As Jane’s reported last year, Spain is to join the Franco-German effort to develop a next-generation fighter (NGF) aircraft as part of a wider FCAS, the country’s Ministry of Defence (MoD) announced on Dec. 3, 2018.

Under the project, France, Germany, and now potentially Spain will develop an NGF to fly in partnership with unmanned ‘wingmen’, with the combination of these two elements comprising the Next-Generation Weapon System (NGWS). This NGWS will be combined with all other air assets in the future operational battlespace to form the FCAS system-of-systems.

Noteworthy Spain Defence Minister Margarita Robles previously said that her country was considering options for the future replacement of its F/A-18 Hornet fleet in the 2035-plus timeframe and that it was in discussions with Dassault and Airbus, as well as a UK Team Tempest that includes BAE Systems, Leonardo UK, MBDA, and Rolls-Royce.

As reported at the time, Brigadier General Leon-Antonio Machés Michavila of the Spanish Air Force (Ejército del Aire Español: EdAE) said that the deciding factor as to which team the country would opt for would largely be based on the level of industrial participation being offered. “We want to be partners and not customers,” the general said.

While Gen Machés said that Spain was talking to both European parties about future collaboration, a briefing slide he presented showed the country had already decided to be part of the Franco-German project rather than the UK one.