Viral Wildcard: How Coronavirus Has Added to the Damage to Oil Producers 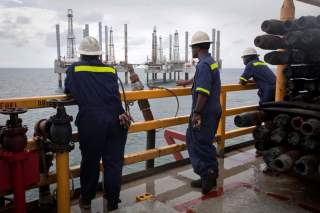 Since the end of February, oil prices have plunged, with the base price for West Texas Intermediate (the de facto North American standard) declining from more than US$50 a barrel to less than $30.

The story is much worse for Canadian oil producers. The price of Western Canadian Select has fallen from US$38 a barrel in February to US$16.33 a barrel on March 16, a 43 per cent decline in value.

This is a devastating turn of events, particularly for the provinces of Alberta and Newfoundland and Labrador, both of which rely heavily on oil exports to drive provincial budgets.

Why is the situation worse for Canada — and what could we do differently?

By comparison, the United States produces 17.87 million barrels per day, Saudi Arabia 12.42 million and Russia 11.4 million, according to 2019 figures.

Because Canada is a small player, our ability to influence the market is relatively limited. We don’t really have the capacity to quickly increase production at levels that might influence global prices (something that would require at least 100,000 barrels per day of extra production). Indeed, Alberta has limited production through 2020 to try to keep prices higher for producers.

The lion’s share of our oil is also marketed exclusively within North America, meaning that we are essentially trading with a single partner, the United States.

Growth in U.S. oil production since 2010 has dramatically outstripped Canadian production, making our exports far less critical to overall energy security south of the border. This accounts in large part to the significant discount that Canadian oil receives on the U.S. market.

Increased pipeline capacity to move product, particularly to tidewater, might in the long term help to achieve better prices for Canada by increasing the number of markets we can access.

The rapid price declines observed over the last few weeks are notable, particularly for Canada, but global oil prices have actually been declining for the last year, and at best have been stagnant since the last big price shocks to the system in 2014.

By that year, the increasing production of shale oil in the United States had led to oil prices falling well below US$100 a barrel. The Organization of Petroleum Exporting Countries (OPEC) tried to reverse the declining trend by proposing production cuts, but the Saudi Arabians did not agree — they felt that keeping production up would squeeze higher-priced oil producers (i.e. American shale producers) out of the marketplace. Lack of agreement among the member nations meant that production levels remained high.

Saudi Arabia’s strategy failed. Prices plummeted into the US$40 to $50 per barrel range and stayed there. Shale oil producers did not disappear and global production levels actually increased, in part because countries like Canada, facing a budget shortfall due to falling prices, pushed for more output in order to make up for the shortfalls in revenues.

By 2016, Saudi Arabia realized that a different approach might be required and led an effort among OPEC members to once again cut production. An agreement between OPEC and the largest independent producer, Russia, was a key part of this plan — if Russia did not agree to make cuts, then the plan would not work. Russia came to the table — albeit reluctantly — and a pact to keep production in check was born.

That pact between OPEC and Russia managed to last about three years, during which global oil prices remained stagnant and production in other non-OPEC nations increased. Inevitably, discussions between OPEC and Russia led to talk of further production cuts, something that is strongly opposed by Russia, which feels such a move would support higher-priced producers, including U.S. shale oil producers.

Russia opposed the most recent OPEC cuts earlier this month. Saudi Arabia responded by actually increasing production, potentially by one million barrels a day — a move guaranteed to drive global prices down further.

Exacerbating the long-term trends in oil prices is the impact of COVID-19.

The coronavirus pandemic is now anticipated to reduce oil demand in the first quarter of 2020 by up to 3.8 million barrels a day compared to last year. Quarantine effects are having a big impact on demand for all kinds of fuel, particularly gasoline as people stay home and aviation fuel as air travel is curtailed.

This is a dramatic decrease that will result in two things: significantly lower prices and a glut of oversupply which could take months or years to clear.

This means that annual oil demand for 2020 is very likely to be lower than what was observed in 2019 — and that lower oil prices are here to stay.

COVID-19 is a huge challenge for the whole world and Canadian oil producers, already suffering from long-term market trends, will be particularly badly hit. But when COVID-19 passes, the underlying challenges — an increasingly competitive global market — will remain.