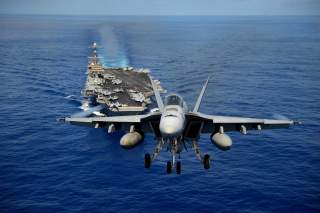 The official trailer for Top Gun: Maverick is here, and if you were praying to God there would be another volleyball scene, you are in luck.

Slated to hit theaters in 2020, the sequel to 1986 classic features Tom Cruise back in the role of Maverick, only this time he's a Navy captain behind the stick of an F/A-18 Hornet.

The two-minute trailer features a number of throwbacks to the original Top Gun: There's Maverick pulling the cover off his motorcycle and driving down the flight line, a shirtless volleyballer (there was no way you would have escaped this), and a piano-playing scene with Great Balls of Fire, my man.