Wanna Kill a Navy Aircraft Carrier? You Might Need to Launch a Nuclear Strike. 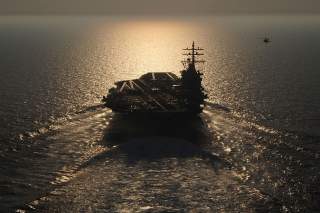 Critics say carriers are more expensive than they seem because an accurate accounting would include the cost of their escort vessels, but the truth of the matter is that the Navy would need a lot more of those warships if it had to fight conflicts without carriers.

This first appeared in August of last year and is being reposted due to reader interest.

How to Sink a U.S. Navy Carrier: China Turns to France For Ideas