Want To Break the Cycle of Poverty? Go Get Married! 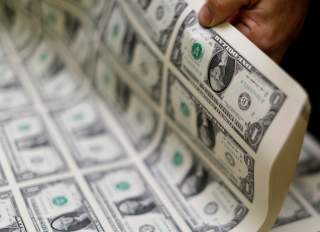 Why are some millennials more financially secure than others? The answer has to do with individual life choices.

Americans who graduate high school, start working, get married, and have children—in that order—are significantly less likely to fall into poverty than others. These four core life choices, when sequenced together, provide the best path to a prosperous future.

This formula, known as “the success sequence,” is the key to both financial and general life success. Studies show that 97% of young adults who follow this sequence are more likely to work their way into the middle- or upper-income tiers by the time they reach their late 20s or 30s.

In particular, tying the knot before having children offers the most benefits. In their study on the “success sequence,” W. Bradford Wilcox, a professor of sociology at the University of Virginia, and his colleague Wendy Wang, director of research for the Charlottesville, Virginia-based Institute for Family Studies, found that 95% of millennials who married before having children had higher family incomes than millennials who had children before marriage.

That remains true even for millennials from low-income families and different racial backgrounds.

Children from two-parent families are also more likely to enjoy financial security than children from single-parent families. Recent research conducted by the Urban Institute and the Brookings Institution suggests that the increase in child poverty between the 1970s and the 1990s was a direct result of “the decline of stable marriage” and that child poverty would be significantly lower in the United States if more Americans had strong marriages.

With all the clear benefits of marriage, one would think Americans would eagerly jump to tie the knot. But that’s not the case: Marriage rates in America continue to plummet.

Americans are also getting married later. In recent years, the average age at first marriage for women is 27.8 years old and 29.8 for men. That’s a dramatic increase from 1960, when the average age was 20 for women and 23 for men. In addition, reports from the Urban Institute and Pew Research Center predict that a large number of millennials will remain unmarried through age 40 and that 25%, once they reach their mid-40s to 50s, are likely to have never been married.

To that end, we should all be worried about the social and economic costs that declining marriage rates have on society. Research shows that divorce and having children out of wedlock cost taxpayers $110 billion each year.

Regrettably, children are the ones who pay the price. Those born into single-parent homes are more likely to experience a whole host of destructive life events, such as dropping out of school or abusing drugs and alcohol.  The bottom line is that we need to incentivize more marriage in America, not less.

When it comes to policy, one way Congress can help is by eliminating the “marriage penalty” that exists in the tax code, which taxes two people more as a married couple than they would be taxed if they filed individually.

That’s why I’m proud to have joined a colleague, Rep. Vicky Hartzler, R-Mo., to introduce a bill to eliminate this “millennial marriage penalty.” The bill would allow both spouses in a marriage to claim the $2,500 student-loan interest deduction instead of just one.

Fundamentally, the tax code should not financially stand in the way of two people getting married. Strong families are the building blocks of strong nations and Congress should do more to remove existing barriers so that marriage is easier for more Americans.

Ted Budd is the U.S. representative for North Carolina's 13th Congressional District. He is a member of the House Financial Services Committee.