War Between Greece and Turkey Is Now a Real Possibility 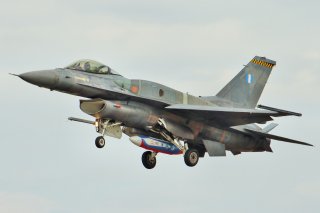 Greek and Turkish fighter jets engaged in mock dogfights this week over the Greek island of Kastellorizo, just a mile and a half from the Turkish coast, causing tourists to flee. Meanwhile, there is a growing risk that the Turkish and Greek navies will clash, hundreds of miles to the west if Turkey pushes forward with its plans to survey for has in Greece’s exclusive economic zone. Greek officials say that all options are on the table, and German Chancellor Angela Merkel has rushed to mediate as U.S. officials remain largely absent.

There has never been any love lost between Turkey and Greece, but the danger of war between the two NATO members has not been this high since the Cyprus conflict more than forty-five years ago. In the past, Turkey and Greece have gone to the brink, but policies initiated by Turkish president Recep Tayyip Erdoğan may very much push the two neighbors over the edge.

In question are two interrelated issues: Erdoğan’s efforts to walk away from the Lausanne Treaty and his increasing desperation to find resources to bail out Turkey’s flagging economy.

The Lausanne Treaty was signed ninety-seven years ago today to tie up loose ends remaining from the collapse of the Ottoman Empire. While Kurds lament the treaty for reversing promises of statehood, the Treaty set Turkey’s borders with Bulgaria, Greece, Syria, and Iraq. Whatever flaws came with those borders, the post-Lausanne system enabled nearly a century of stability.

For reasons of ideology, economics, and ego, Erdoğan now seeks to undo the Lausanne Treaty: Ideology because Erdoğan seeks to regain control of certain Ottoman territories and change the demographics of areas outside Turkey’s borders; economics because Turkey seeks to steal resources from recognized Greek and Cypriot exclusive economic zones; and, ego, because Erdoğan wants to top Atatürk’s legacy as a military victor.

Erdoğan has already set the stage for scrapping the Lausanne Treaty. In December 2017, Erdoğan shocked a Greek audience when, on a visit to his neighbor, he floated the idea. Three months later, he suggested that the Bulgarian town of Kardzhali was within Turkey’s “spiritual boundaries,” drawing protests from Bulgaria which at the time held the European Union presidency. State-controlled Turkish newspapers have gotten in on the game showing maps of Turkey with its borders revised at the expense of neighboring states.

His latest post-Lausanne push is his most dangerous. Turkey has dispatched the seismic survey ship Oruc Reis to operate in the waters surrounding Greek islands. Such an action would be both illegal and provocative. Under terms of the UN Convention on the Law of the Sea (UNCLOS), Greece claims territorial waters around its islands for exploration and exploitation of marine resources. Turkey is not a UNCLOS member (nor, for that matter, is the United States) but, unlike the United States, Turkey ignores customary law and stands alone in its interpretation.

In effect, Turkey seeks to revise not only international law but also potential control over the resources of hundreds of Greek islands in the Aegean Sea. While the Oruc Reis remains in port, this appears to have less to do with Turkish restrain and more with high winds that should soon dissipate. Turkey has the largest indigenous navy in the region and promises to escort the Oruc Reis; there are at least eighteen warships in the immediate vicinity. Given the stakes, Greece has no choice but to respond, hence the panic in European Union capitals.

European leaders also recognize that this is not just a dispute about the Aegean Sea. In November 2019, Turkey signed a deal with Libya establishing a joint maritime boundary between the two countries, something only possible if Turkey ignores Greek islands up to and including Crete, an island more than 25 percent larger than Delaware.

Too often U.S. and European leaders compartmentalize problems, but the extent of Erdoğan’s strategy can only be understood holistically. It is no coincide that as Erdoğan questions Turkey’s commitment to live within borders established almost a century ago and infringes on Greek and Cypriot waters, he has not only transformed the centuries-old Hagia Sofia from a museum back into a mosque, but scheduled its first formal prayers for today, the anniversary of the Lausanne Treaty. There simply is no better way for Erdoğan to show symbolically Turkey’s rejection of the post-Lausanne order.

Erdoğan, like Vladimir Putin, has long thrived by playing chicken with conflict-adverse diplomats. Everyone from U.S. Special Envoy James Jeffrey to German chancellor Angela Merkel has previously folded much stronger hands in the face of Erdoğan bluffs, hoping that by ameliorating the Turkish leader, they could calm tension in the short-term. They never recognized that Erdoğan’s bluster was a tactic and grievance feigned for negotiation advantage. Caving into an aggressor, however, seldom brings peace; it only encourages aggression. Not only amorphous concepts of credibility but very real notions of Greek sovereignty are at stake. If Erdoğan pushes forward in the Eastern Mediterranean, Greece may need to fight. Certainly, Athens should consider all options to be on the table. If such a scenario comes to pass, the United States should not be neutral, but should rather recognize publicly that Turkey is the aggressor and its claims invalid.

Together with Europe, Washington could also remind Turkey that if it seeks to void the Lausanne Treaty, then its revisions may look more like the 1920 Treaty of Sèvres than the 1718 Treaty of Passarowitz.