In a War, Iran Could Strike U.S. Aircraft Carriers and Bases with Its Missiles 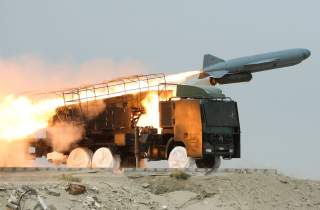 Key Point: Iran's missiles are very good and should be taken seriously.

On Sept. 8 and Oct. 1, 2018, Iran launched Zulfiqar, Quim-1 and Fateh-110 rockets at enemies in Iraqi Kurdistan. The strikes together represent the most intensive Iranian missile attacks in nearly 20 years.

The October strike, involving Zulfiqar and Qiam-1 rockets, targeted Islamic State militants near the eastern Syrian border town of Abu Kamal. The volley of Fateh-110 missiles in September struck Iranian Kurdish dissident groups based in Iraqi Kurdistan, killing at least 17 and wounding scores of people, including women and children.