For War with Russia or China, World War II-Style Convoys Are Back in Style 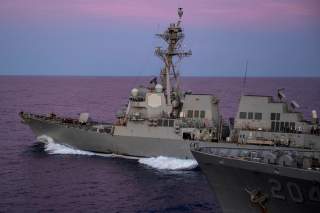