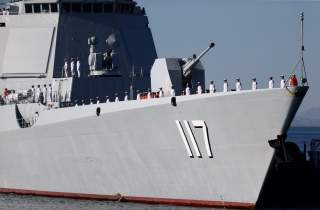 Key point: Both America and China have been preparing for such a fight.