The War in Ukraine Will Massively Disrupt Global Auto Production 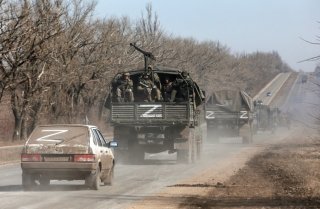 The ongoing war between Russia and Ukraine will greatly impact the production of global light-duty vehicles, according to S&P Global Mobility.

“The conflict has caused logistical and supply chain problems as well as parts shortages of critical vehicle components,” the business news outlet wrote.

“Most notably, many automakers source wire harnesses, which are used in vehicles for electrical power and communication between parts, from Ukraine. The problems add to an already strained supply chain due to the coronavirus pandemic and an ongoing shortage of semiconductor chips,” it continued.

Frank Weber, BMW’s chief technology officer, noted that the company is not wavering on its stance of keeping jobs in war-torn Ukraine. “When you look at Ukraine, this wire harnessing industry gives work to maybe 20,000 people,” he told reporters on Wednesday during a remote roundtable.

“We didn’t just want to take away the work there,” he added.

Slashing production for global light-duty vehicles will surely be bad news for those looking to purchase a new car. According to Bloomberg, new car prices have already risen 12 percent from last year. Used car prices have also skyrocketed 41 percent year-over-year. Similar price increases are occurring in the United Kingdom and the rest of Europe as well.

“Some cars have increased by almost 50 percent in value,” Haji Arisar, a car dealer in London, told Bloomberg. “If someone bought a car in 2018 for 20,000 pounds and used it for three years, they could now sell it for 25,000 pounds, which is unheard of in this market,” he added.

Meanwhile, largely due to significant inflationary pressures in the raw materials and logistics markets, Tesla has decided to raise its prices in both the United States and China for the second time in less than a week.

Prices have increased by between 5 and 10 percent. The cheapest car Tesla sells, the Model 3 Rear-Wheel Drive, now starts at $46,990, while the top-end Model X Plaid 22 now sells for $144,490. “In addition to price hikes, delivery timelines have slowed,” Yahoo Finance wrote. “Last week, the standard Model Y’s delivery date got pushed back a month from its initial August date. As of today, that same Model Y’s delivery date is September. If buyers want to add options like smaller wheels, that delivery date could blow out to December.”