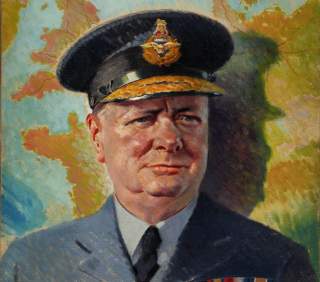 Winston Churchill is again the subject of a row over reputation: is the man once voted the greatest Briton in a BBC poll still a “hero”? Or is he, as shadow chancellor John McDonnell claimed when asked to choose recently, a “villain”?

To be clear, McDonnell was referring specifically to Churchill’s actions during the Tonypandy riots of 1910, in which he deployed troops to control striking miners, a decision which led to the death of one man. But such a nuance has largely been lost in the ongoing furore as members of parliament from both sides of the chamber have lined up to make their stance known. Even some of McDonnell’s own Labour Party have indicated their disapproval, with MP Ian Austin declaring that Churchill was indeed “a real British hero, the greatest-ever Briton”.

In part, the angry response is connected to the fact that Churchill the war leader – always a high-profile figure in Britain – has recently been back in the public eye. In 2017, he was the subject of two films, Jonathan Teplitzky’s Churchill and Joe Wright’s Darkest Hour. And he has also featured with some prominence in Netflix’s popular series about Elizabeth II, The Crown (played with relish by John Lithgow).

These have each offered varying visions of Churchill. In Teplitzky’s take – rather different to the usual fare – we see a pre-D-Day Churchill increasingly in disagreement with his Generals and haunted by history (especially his role in the disaster at Gallipoli in 1915).

But for all such interesting complexities in Teplitzky’s film, it is surely telling that the more successful of the two 2017 films was the one which provided a far more familiar view of “Winnie the war hero”. For just as the chaos of Brexit broke, Darkest Hour took audiences back to the crisis moment of 1940, as the Wehrmacht crashed through the French Army and as Europe fell to Nazi tyranny. Enter Churchill, played by Gary Oldman, to rally the troops, a job which even sees him – in a rather preposterous scene – talking with the common folk on the London tube.

The response to Gary Oldman’s Churchill in Darkest Hour – a performance for which he won an Oscar – is a useful barometer for understanding the increasingly angry response to McDonnell’s comments.

In Britain – as Darkest Hour affirms – Churchill is largely remembered as the hero of 1940, the man who stopped the rot of appeasement and defeatism and ensured that Britain and its Empire could – and did – “stand alone” against Hitler’s Germany. His name and image is inextricably associated with all those other features of the “dark days” of 1940: Dunkirk, the Battle of Britain, the Blitz. This fact has ensured his continued standing and status in Britain (and elsewhere). It has also ensured that, in popular memory, the life story of a man who died in 1965 at the age of 90 – a life which also included being voted out of power after the war (and back in again in 1951) – has essentially been reduced to a few, albeit epic, months.

These are the complexities of character that many of the unrepentant Churchill celebrants can’t – or won’t – see, while for some of those hurling the criticisms, endlessly remembering the hero of 1940 (and all the connected myths and legends of the war) is seen as an obstacle to realising a new vision for Britain that isn’t stuck in the past.

In the current political climate, there is clearly no time for such facts or nuances, and so Churchill has instead become a prism through which all the turmoil of Brexit and the political divisions it has exposed becomes glaringly apparent.

Perhaps an opportunity has been lost here. For, somewhere in the details, there could be a Churchill that – on the question of Europe – many might find useful, from across both sides of the political divide. For a key feature of the hero of the 1940s was that he expended significant quantities of energy organising a British return to the European continent and, once the war was won, he even famously called for a “United States of Europe”.

Perhaps this is the vision of Churchill needed now – an (imperfect and flawed) national hero resolutely committed to European friends and neighbours.

This article by Sam Edwards first appeared in 2019 in The Conversation via Creative Commons License.