Was Jeff Epstein Killed By a 'Criminal Enterprise'? 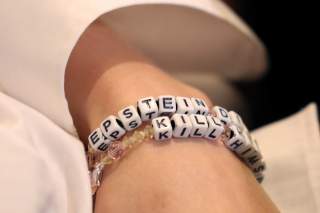 Authorities charged two jail workers Tuesday for allegedly failing to regularly check on Jeffrey Epstein the night he died, according to an indictment.

Epstein, arrested on child sex trafficking charges in July, died of an apparent suicide Aug. 10 in a Manhattan jail cell. The federal Bureau of Prisons employees came under fire after Epstein’s death because they allegedly failed to adequately monitor the prison where he was being held, The New York Times reported.

The employees, Tova Noel and Michael Thomas, are expected to appear in court Tuesday in Manhattan. The FBI is investigating the circumstances surrounding Epstein’s death, CNN reported.

“The FBI is involved and they are looking at criminal enterprise, yes,” Bureau of Prisons Director Kathleen Hawk Sawyer testified on Capitol Hill Tuesday.

During the night Epstein died, the workers fell asleep and then falsified records to cover it up, several officials with knowledge of the matter said, according to The NYT. They were supposed to check on Epstein every half-hour.

It was previously reported that the two workers would likely face criminal charges. Sources said that they would be charged with falsifying prison records, The Associated Press reported Monday. Despite a medical examiner ruling Epstein’s death a suicide by hanging, many have doubts and believe the disgraced millionaire may have been murdered.