Was the U.S. Army's High-Tech Staff Tank Round Not Actually That Good? 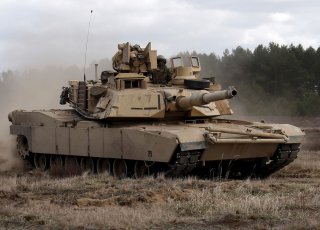 Key Point: This round could acquire a target and then explode above it. This innovation made it especially deadly but it was very costly and needed further technological improvements.

This piece was originally featured in October 2018 and is being republished due to reader's interest.

Information for this article was taken from Tomorrow’s Smart Tank Munitions in Armor, March-April 1995 and The Future Combat System (FCS): Technology Evolution Review and Feasibility Assessment in Armor, September-October 1997. This piece was originally featured in October 2018 and is being republished due to reader's interest.