Washington Pays Tribute to Elijah Cummings: 'Tragic Loss for Baltimore and the Country' 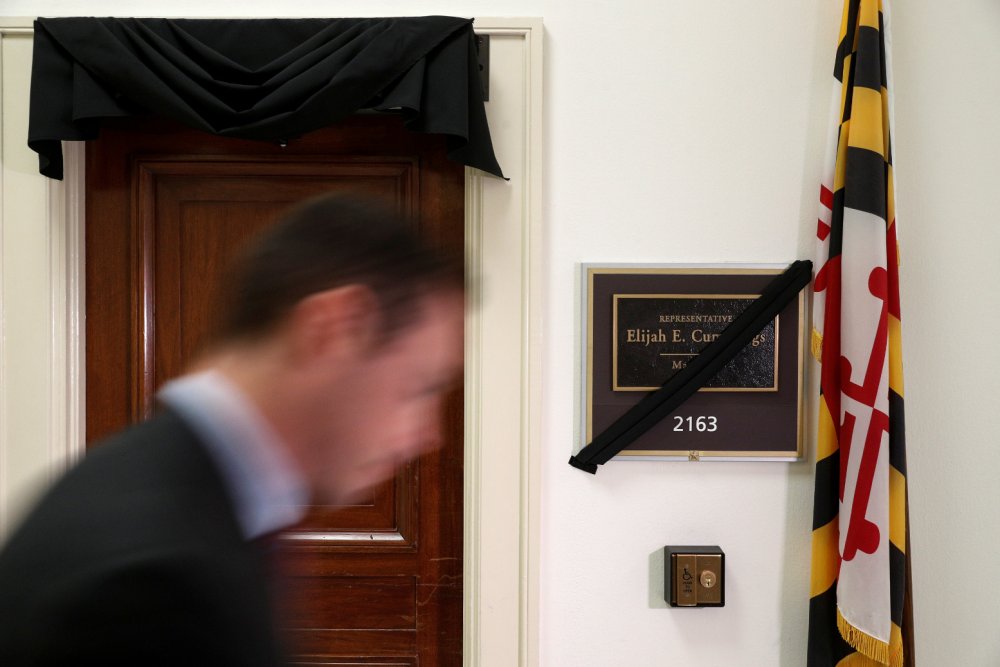 Cummings was the chairman of the House Committee on Oversight and Government Reform, which was one of the congressional committees involved in the ongoing impeachment inquiry into President Donald Trump. He died after complications following an undisclosed medical procedure coupled with longstanding health problems at Gilchrist Hospice Care, an affiliate of Johns Hopkins Hospital in Baltimore.

President Donald Trump tweeted out his condolences Thursday, writing that the “highly respected political leader” embodied “strength, passion and wisdom.” Trump’s comments came after the two had public disputes over Cummings’s district, which the president called a “disgusting, rat and rodent infested mess” in July.

My warmest condolences to the family and many friends of Congressman Elijah Cummings. I got to see first hand the strength, passion and wisdom of this highly respected political leader. His work and voice on so many fronts will be very hard, if not impossible, to replace!

Former Republican South Carolina Rep. Trey Gowdy wrote a heartfelt thread on Twitter, acknowledging that although they “rarely agreed on political matters,” the two “never had a cross word outside of a committee room.”

“His legacy is making sure there were fewer obstacles for the next Elijah Cummings. His legacy to me, above all else, was his faith. A faith in God that is being rewarded today with no more fights, no more battles, and no more pain,” the former lawmaker continued.

Democratic presidential candidates offered words for the former lawmaker as well, with Massachusetts Sen. Elizabeth Warren writing that he “was a giant in the House, an unwavering champion for his district and all Americans, and a dear friend.” Businessman Andrew Yang wrote that the death is a “tragic loss for Baltimore and the country.”

Good people everywhere will miss his rumbling voice, his kind heart, and his deep conviction that every human being has worth. Rest in power, Elijah.

House Speaker Nancy Pelosi said during Thursday’s press conference that America has “lost a voice of unsurpassed moral clarity and truth,” senior producer on MSNBC Kyle Griffin tweeted. “In Baltimore, we will miss our champion.”

Member of the “squad,” the four freshman congresswomen, also tweeted about Cummings.

“A devastating loss for our country,” Democratic New York Rep. Alexandria Ocasio-Cortez wrote. “Chairman Cummings was a giant: a universally respected leader who brought profound insight, commitment, and moral fortitude to Congress. His guidance and vision was an enormous gift.

“I will forever cherish his example. May he rest in power.”

I am simply devastated and shocked by the loss of Chairman Elijah Cummings. Elijah was a fierce champion of justice, a moral leader in the House, and a wonderful mentor to me as a new Member of Congress.

Holding his entire family in my heart today.

The 68-year-old played a key role into impeachment efforts into Trump, calling for the inquiry in September and leading multiple probes into the president’s government dealings. Trump sued the congressman in April to block a subpoena demanding the president disclose his financial records.