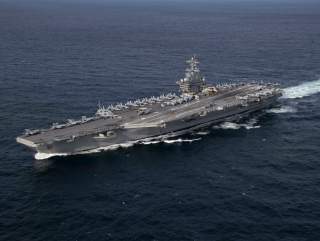 Key point:  There’s something awe-inspiring about watching a massive piece of the Pentagon’s power-projection apparatus doing tricks on the open sea.