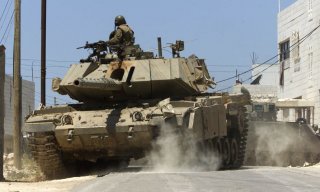 Key Point: The best answer is that even if it wasn’t a real drone attack, it could have been – and some day it will be.

Did an Islamic Jihad drone drop a bomb an Israeli tank outside Gaza last year?