Watch out China: The Marines and the F-35 and Are a Powerful Duo 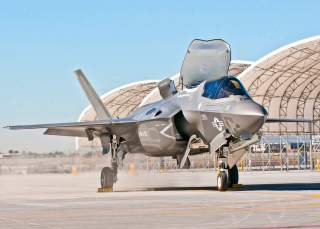 Key point: The Marines already have jet fighters, but the F-35 brings a whole new level of destructive power. You can expect to see both the Marines and their new fighters on the front lines of any crisis.

(This first appeared earlier in 2019 and is being reposted due to reader interest.)