Watch Out Drone Swarms: The Air Force's F-16s Are Getting Laser-Guided Rockets 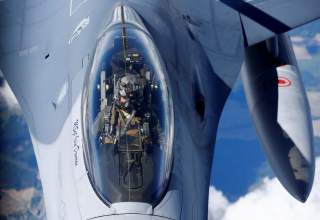 Key point: The F-16 is already a good plane, but it needs a way to deal with drone swarms. Why not use new rockets?

Sébastien Roblin holds a Master’s Degree in Conflict Resolution from Georgetown University and served as a university instructor for the Peace Corps in China. He has also worked in education, editing, and refugee resettlement in France and the United States. This first appeared in 2020.