Watch Out! Here Are the Five Most Dangerous Chemical Weapons 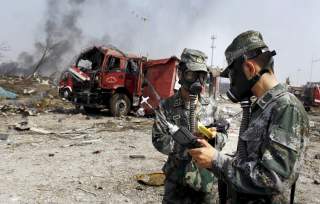