Watch Russia's Very Own 'F-16' Wipe Out Some Enemy 'Armor' 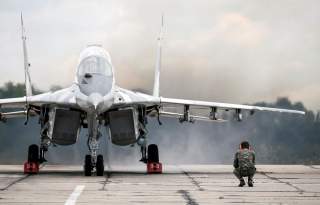