We Asked an Expert To Simulate a U.S.-China War in the South China Sea 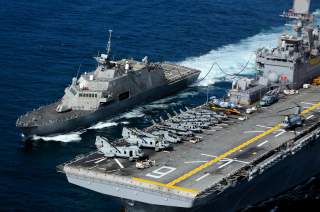 Key Point: War games give us a possible glimpse into future battle plays.