We Can't Overlook Adults In The Vaping Health Epidemic 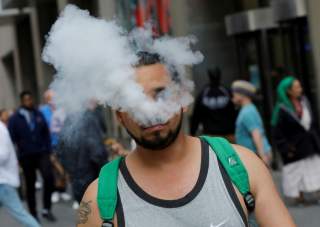 Following my blog from last week about teen vaping buyer habits, I now discuss adult vaping habits from the same ongoing survey. Unlike teen buyers, adults have not changed buying behavior in the recent past. They are still accessing products from legal sources, since they haven’t been driven to illicit sourcing.

All adults (16 surveyed so far from the Philadelphia area) said they were vaping to wean themselves off of smoking. One said he had vaped cannabis but no longer did so because of concerns about lung disease, while no others admitted to THC vaping. Other vapers were also worried about lung disease but most were still actively vaping, only two said they had virtually quit vaping. Four liked menthol flavors and another four used fruity flavors, while others used tobacco flavors.

In addition, two had used heat-not-burn products (IQOS), one extensively while working overseas (IQOS has only just been approved in US), and one said they preferred it to vaping.

Essentially the vapers fell into two camps, those that used flavors that mimicked smoking (and some of these may well switch to IQOS at some stage) and those that wanted something totally unlike smoking to help them quit.

As the US administration contemplates its vaping policy, it should bear in mind that many adult vapers use fruity flavors, either to help quit or to at least not smoke. If such flavors are banned the question is whether those folks return to smoking or switch to tobacco-like vaping or heat-not-burn products.

While preventing teen uptake of vaping is important, it cannot be pursued by ignoring adult habits. After all, smoking causes cancer but as far as we know, vaping is far less dangerous. Vaping-related deaths are from THC not Juul-type products, as even the CDC is slowly beginning to acknowledge.

This article by Roger Bate first appeared at The American Enterprise Institute.