We Have Questions: Are Israel's Mini Dolphin-Class Submarines Nuclear-Armed? 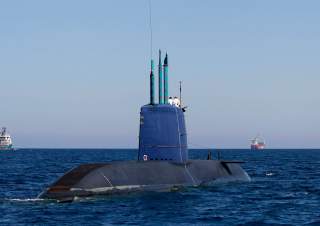 Key point: Israel is known for preparing for the worst and doing whatever it thinks is necessary to defend itself.

Kyle Mizokami is a defense and national-security writer based in San Francisco who has appeared in the Diplomat, Foreign Policy, War is Boring and the Daily Beast. In 2009 he cofounded the defense and security blog Japan Security Watch. You can follow him on Twitter: @KyleMizokami. This article first appeared earlier in 2019.