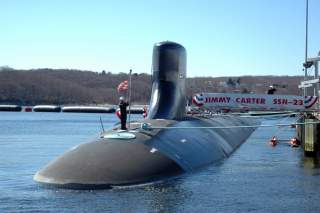 Key point: We could easily have to wait another decade or more for there to be any real confirmation...