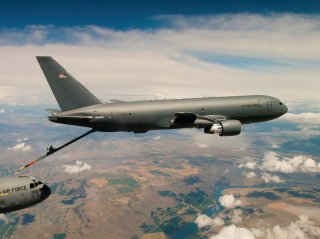 Here's What You Need To Remember: The F-35 and their related tankers will help extend the range and power of Israel's air force. What will they do with it?

Michael Peck is a contributing writer for the National Interest, and a Writing Fellow at the Middle East Forum. He can be found on Twitter, Facebook. or his  Web site.