We Now Know Why Russia Never Had an Aircraft Carrier Fleet 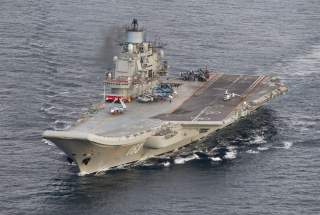 Key point: As a predominately land power, and one that was low on cash and ship-building capacity, Moscow was never able to field multiple true carriers. Russia did try, and continues to make plans, but it is unlikely it will build more carriers anytime soon.