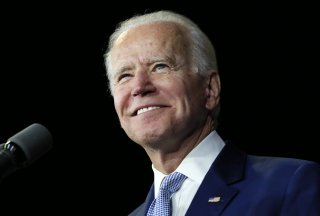 Establishment Democrats are likely to breathe a sigh of relief after Super Tuesday’s results, which revived former Vice President Joe Biden as a viable option to stop socialist Bernie Sanders.

But further analysis should mortify Democrats of all stripes. In effect, a broad Democrat field has been narrowed to two of its least appealing candidates, and disillusionment in the party could become permanent.

Biden swept southern states and Texas, most of which will vote Republican this November. Sanders won western states including California. Among minorities who play a big role in Democrat primaries, Sanders did well with Latinos and Biden did well with blacks.

That means that the divisions within the Democrat Party aren’t just along well-known ideological lines or between age groups: they also stem from regional and racial fissures in the identity-obsessed, grievance-trafficking party. And it is impossible to imagine whichever groups and factions lose doing so gracefully.

Then there is the grim reality of the two Democrat semifinalists.

If Biden is their nominee, they will be going to market with a 77-year-old lout, who recently has racked up more gaffes than any national politician in recent memory, and is who is famous for such oddities as publicly smelling women’s hair uninvited.

Biden has always been a junior varsity player. His 1988 campaign ended after he was caught plagiarizing mediocre material. His career was all but over when Barack Obama tapped him to be vice president in the 2008 campaign, owing largely to Obama’s lack of foreign policy experience. Biden chaired the Senate Foreign Relations Committee, but warranted nothing more than a participation trophy: Obama’s holdover secretary of Defense, Bob Gates, wrote that Biden was wrong on nearly every major foreign policy issue in his career. He even opposed the raid that killed Osama bin Laden.

Biden dispensed with any notion he would or could play the moderate in the general election this fall in promising to put Beto O’Rourke, the failed Texas candidate for Senate, in charge of gun control, which O’Rouke has vowed will consist of forcible confiscation of arms from the law-abiding.

The alternative is Sanders, a 78-year-old socialist who will be 79 before the election, and who survived a heart attack last year. Sanders’s recent reiteration of support for some actions of communist governments like Cuba’s wasn’t a gaffe; it was a carefully crafted position.

Aside from Obama, Democrats have won the White House by nominating moderate-seeming administrators. Sanders has refused even to consider himself a Democrat for much of his career, considering the party to be insufficiently progressive.

Furthermore, the contest between Biden and Sanders won’t be resolved anytime soon and could go to the convention unless one candidate runs the board in states that have yet to vote.

Imagine an outcome in which Biden is the nominee. Supporters of Sanders, who won the most votes in the first two contests and led national polls until establishment candidates conspired to dethrone him, will be furious. And then Biden will likely lose to Trump in November.

This would lead to a continuous state within the Democrat Party where progressives believe they are dominated and taken for granted by a feckless, globalist establishment that cannot win elections. It would be as if Jeb Bush beat Trump for the GOP nomination in 2016 and then lost to Hillary Clinton.

It would be better for Democrats to nominate Sanders and have him lose to Trump. Neoliberals could say that the progressives had their chance but lost big, and must henceforth defer to the corporate wing of the party. Progressives could relish their defeat the same way conservatives did when Barry Goldwater was annihilated in 1964: a moral stand that might bear fruit in the distant future.

Sanders’s Super Tuesday loss to Biden in Minnesota is a particularly bad sign for Democrats this fall. Their only hope in winning to the White House is to recover rust belt manufacturing states like Michigan, Wisconsin, and Pennsylvania that Trump won. If Sanders’s plan for “free” healthcare and radical economic change didn’t find an audience even among liberals in Minnesota, it implies that Democrat efforts to paint the economy as lousy are failing. The Trump economy is evidently delivering and is easy to contrast with the lost decade of economic malaise that preceded it.

A bright point of the evening was the complete failure of former New York mayor Michael Bloomberg to gain any real support. Bloomberg poured hundreds of millions of dollars into conventional TV, radio, and digital ads, and the overpaid consultants who produced them along with lackluster if well-catered events. His failure, like Hillary Clinton’s in 2016, shows the limits of money and digital wizardry.

But the silver lining ends there for Democrats. As with the Russia collusion hoax and impeachment fiasco, it would be hard to craft a sequence of events that is turning out worse for Democrats than this year’s nominating process. It is a slow-moving disaster that is dividing the party and defaulting to an unappealing gerontocracy that reminds one of how party leaders were chosen in the final decade of the Soviet Union.