The West Must Expect Strategic Continuity from Ebrahim Raisi’s Iran 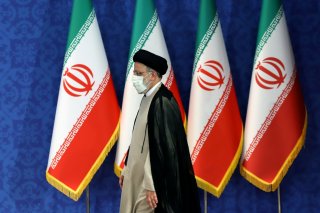 More than anything, Raisi’s election signals that the Islamic Republic will now favor strategic autonomy over a conciliatory tack toward the West. Furthermore, Iran will look to JCPOA’s revival not as an opportunity for closer international integration but as a realist ploy to ease sanctions and reduce tensions with the West. To expand trade, attract investments, and acquire the advanced technologies it needs, Tehran will prioritize improving relations with neighbors and strengthening Iran’s growing partnership with China and other non-aligned states. Simultaneously, moving forward, the state will continue to invest in building up its domestic industrial and technological capacity to boost Iran’s economic self-reliance, which could defuse the impact of the potential re-imposition of U.S. sanctions and insure the country against future changes in Washington’s Iran policy.

Iran’s strategic loneliness, defined by its geography and tumultuous history, compels its rulers to place a premium on security and deterrence within and beyond its borders. Regardless of Tehran’s success or ability in managing the country’s poor economic situation, it will be shortsighted to think that the Raisi administration or any future Islamic Republic government will forgo the country’s investments in missile or nuclear technologies or abandon support for Iran’s regional proxies for mere economic gains and without credible assurances about the state’s security dilemmas. Consequently, irrespective of foreign pressure and economic sanctions, Tehran will not divest from developing its indigenous instruments of power and other strategic means it finds vital for its survival. Coming to terms with the suspicious and apprehensive strategic culture of Iran enables Western powers to adopt a more realistic and effective strategy toward Iran and the region—one that is first and foremost premised on trust-building and understanding the entrenched mindsets and historical dynamics of the Middle East.

Bijan Ahmadi is the co-founder and executive director of the Institute for Peace & Diplomacy.

Younes Zangiabadi is the co-founder and executive vice-president of the Institute for Peace & Diplomacy.

Arta Moeini is the director of research at the Institute for Peace & Diplomacy. An international political theorist, Dr. Moeini’s latest project advances a theory of cultural realism as a cornerstone to a new understanding of foreign policy.