The West Should Follow Lithuania’s Lead in Engaging Taiwan 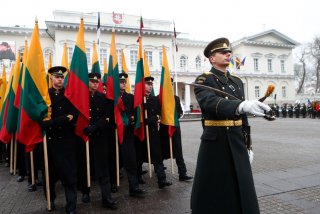 Vilnius has recently agreed to allow Taiwan to open a diplomatic office, a de facto embassy, in Lithuania, while they themselves plan to open a trade office in the island nation later in the fall. This is one of the most positive steps towards active diplomatic engagement that Taiwan has enjoyed in decades, and Beijing, which claims the island of Taiwan as part of its sovereign territory, has responded with characteristic force: China has ordered Lithuania to withdraw its ambassador to Beijing, while Beijing will also withdraw its own ambassador from Vilnius.

Taiwan does continue to maintain relations with some countries, and in many cases, relations with powers such as the United States and Japan have become closer in recent years over concerns about mainland Chinese revanchism and assertiveness in the Indo-Pacific region. But over the years since the People’s Republic of China achieved recognition at the United Nations, Taiwan has only ever become more diplomatically isolated. Most countries have grown closer to Beijing instead, and those that are dependent on Chinese investment have been increasingly likely to cut off relations with Taiwan altogether, choosing instead to acquiesce to Beijing’s position on “unification.”

In that context, Lithuania, an EU and NATO member, is very much going against the tide. Yet the fear in Beijing is that this moment might become a pivot, which might, farther down the line, turn the entire tide against its claims on Taiwan.

Particularly remarkable are the motivations which drove the Lithuanian government towards this diplomatic stance, with all its attendant risks. Even as Beijing’s previously promised investments in Eastern Europe are failing to bear fruit, the European capitals in general, including Western ones, are increasingly wary of China’s aggressive use of economic leverage to extract political concessions from its partners. Chinese investment does not come with the same rules as most foreign investments, and Eastern European states are acutely wary of strings attached by an overbearing Communist regime lording over them from the East. These countries have worked hard over the past two decades to disentangle themselves from the Soviet yolk and integrate themselves into the European economy and broader political structure, and they are not about to revert to the same kind of political dependence again.

Lithuania is, as you might expect, joined in such concerns by the likes of Estonia, Czechia, and Slovakia, and increasingly others in the region as well. But Vilnius is blazing a trail for European countries on the issue of diplomatic engagement with Taiwan, and, given the strong support that it has already received from the United States on the matter, it seems entirely likely that it will not be the only country in the region to do so.

For Lithuania and Eastern Europe more broadly, this admittedly risky diplomatic ploy can also bear economic rewards. While Beijing has lagged behind on its promises to the region, Taiwan is already a visible investor there, and increasingly formal diplomatic ties may well help even greater economic opportunities for both sides. Nor are the two partners an ill fit for one another: between Taiwanese global semi-conductor dominance, Baltic software development prowess, and Central European manufacturing, there are very good economic synergies to be developed here.

But above all, the motivations for any further development of diplomatic ties between Eastern Europe and Taiwan will be political. And those motivations stem from the remarkably similar experience of both sides being small countries, locked in an existential battle for survival against hegemonic behemoths right on their immediate borders. This shared experience means that the Taiwanese and the Eastern Europeans fundamentally understand each other, see the world in similar ways, share similar kinds of strategic outlooks, and even share a military dependence on the same United States for their ongoing survival as autonomous political entities.

Will China be able to turn this tide of global cooperation against its hegemonic ambitions? The problem for Beijing is that since President Xi Jinping has shown his domineering China-first hand, smaller countries simply do not trust the Chinese anymore. And it is difficult to see what Beijing could do to reverse this trend at this moment in history.

Dr. Azeem Ibrahim is the Director of Special Initiatives at the Newlines Institute for Strategy and Policy in Washington DC. @azeemibrahim.