We've Got a List of Every AK-47 Ever Made 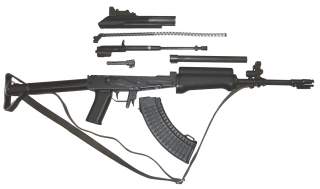 The SFR Yugoslavia came into the AK game pretty late, perhaps due to the Soviet-Yugoslav split.