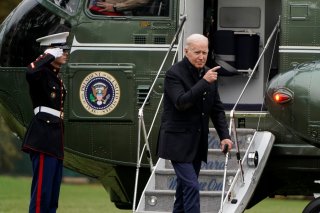 However, according to a Bloomberg News report this week, the new helicopter has been delayed, because it is not yet “operationally suitable.” Bloomberg cited a September report from the Pentagon’s director of operational test and evaluation.  And the report said that the program was “failing to meet the reliability, availability or maintainability threshold requirements.”

“Engine exhaust and fluid discharge cause landing zone damage limitations, limiting the number of available landing zones,” the report said, per The Hill.

The VH-92 program, with a price tag of $5 billion, was found to be fine for “administrative” missions, but not so good for emergency flights, such as a scenario in which the president and/or other top officials would need to be escorted out of a location quickly.

“Mission Communication System (MCS) often delayed critical communications at the beginning of contingency missions and did not adequately support timely, continuous and secure communications,” the report said, according to Bloomberg.

Sikorsky “continue[s] to build VH-92A presidential aircraft and are pleased our customer awarded us a contract for the final five production helicopters earlier this year,” Sikorsky spokesperson John Dorrian told The Hill in a statement. “Sikorsky continues to work closely with our customer to ensure the aircraft meets all operational requirement.”

The War Zone reported in 2019 about the plans for two new Marine One helicopters, which at the time, were scheduled to arrive by 2023, and that report included photos that had been spotted in the sky of the helicopters.

“The photos give us amazingly clear views of the latest VH-92A configuration, which includes one major new addition,” the 2019 report said. “A new satellite communications dome has been added to the upper tail-boom area ahead of the one that already existed. This installation is likely in line with what we have seen on the rest of the Presidential and National Command Authority's aircraft, among others in the U.S. military. In addition to older MILSTAR and UHF satellites communications, new wide-band global SATCOM capabilities are being added to give aircraft super-secure high-speed connectivity virtually anywhere in the world.”

“Considering Marine One helicopters always operate in pairs for Presidential airlift missions—one acting as a decoy in a constantly morphing aerial shell-game—the banner shot on this page will become an iconic visual in the years to come,” the 2019 story added.