What Are the Best Video Games for Being Evil? 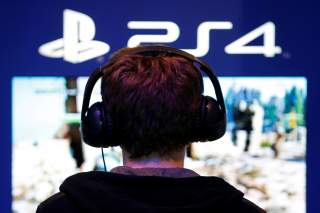 In these dark times of climate change, wealth inequality, war and rising fascism, it sure feels sometimes like the worst people are winning.

Want to know what that feels like? Lots of recent video games give you the chance.

Between slaughtering benevolent creatures in the remastered Shadow of the Colossus to living a life of crime in Red Dead Redemption 2, here are some of the best opportunities to play evil.

The 2014 installment in Electronic Arts's long-running daily-life simulator offers you plenty of opportunities for creative depravity, as Kotaku writer Nathan Grayson discovered when he designed a character to be "as evil as possible."

Combining physical ugliness, rudeness and cheerfulness with a "cool purple hat," Grayson designed a character with maximum sociopathic potential then set out to annoy his neighbors.

Things escalated. Grayson moved his character into a house with two brothers, deleted the door from one brother's bedroom, filled it with mute pink bunnies then proceeded to slowly drive the poor guy insane from hunger and loneliness.

When that brother finally died, Grayson made sure to place the urn containing ashes in a spot where the late housemate's surviving brother couldn't help but stare at it, day after day. "He'd get despondent, fail miserably to complete a basic task (like cooking), and go hide under his covers. It was … heartbreaking. Actually heartbreaking."

Shadow of the Colossus

You can play the 2018 remaster of Sony's classic giant-creature-fighting game without ever realizing you're evil. But make no mistake. You're evil.

The game's story is straightforward. You're Wander, a warrior on a mission. The god Dormin has promised to resurrect a girl he loves if Wander will kill 16 Colossi -- huge, lumbering creatures.

But here's the catch. "The Colossi are actually benevolent creatures, and you’ve been tasked to kill them off," one Quora user explained. It turns out Dormin needs the innocent Colossis' souls in order to restore his own soul and possess Wander.

"The end of the game feature Wander finally being taken over by Dormin, hence why he transforms into the furry devil-like creature and kills the soldiers that come to the temple."

Rockstar's 2018 open-world Western gives you lots of choices. You play Arthur Morgan, a frontier gunslinger and head of a ragtag gang. You can make your way through the world helping people ... or hurting them.

The game punishes you for every infraction, Collin MacGregor explained at Escapist. "Get up to no good, and you’ll spend an inordinate amount of time chasing after a random traveler who spotted you."

"Committing crime in a town or city is even trickier," MacGregor added. "Bounties also stack, with multiple offenses adding up to even more money you’ll have to pay to get the heat off you. Worse still, most shops won’t sell to anyone with bounties on them.”

“Given that you can make more cash uncovering treasure or hunting, playing as a criminal is just a lesson in futility," MacGregor concluded.

But that futility makes for rewarding gameplay, according to MacGregor. "Your back is constantly against the wall and it adds a sense of urgency that many moments in the story reinforce. Being an outlaw is a battle against time."

Some games don't really want you to play evil, but let you try anyway, at least for a little while.

Killing everyone -- ally or enemy -- in Fallout 4 makes for a gratifying bloodbath until the slaughter closes off all story options.

Other games such as Spiders' 2019 role-playing adventure Greedfall and Obsidian's Tyranny RPG from 2016, are actually about evil.

But this menu of gaming evil might not actually appeal to very many people. People were surprised to learn recently that, given the option of playing a good Paragon or a bad Renegade in Bioware’s Mass Effect trilogy, 92 percent of players chose the good guy.