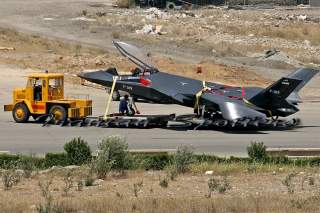 The answer is nothing—as with much of Iran’s bluster—the Qaher F-313 was a ham-handed hoax.