What a Biden Administration Means for Multilateral Diplomacy 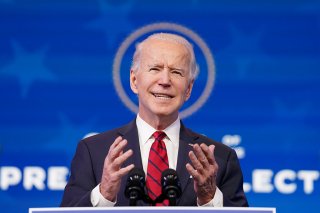 President-elect Biden’s statements about foreign policy include many bullet points. However, beyond getting the United States to lead again, by restoring its moral standing and democratic institutions, his main shtick is multilateralism. To some, this term brings to mind working with international institutions such as the UN, the World Bank, and the IMF. To others, it mainly means forging alliances and treaties, such as the one that gave us NATO. Biden uses the term most often to contrast his foreign policy ideals with Trump’s isolationism, by doing it, what it is, with other nations.

Biden holds that China should be faced, but not alone as Trump did; we should proceed with the Europeans. Iran is troublesome? Let’s return to the multilateral accord that includes China, France, Germany, the United Kingdom, and Russia. Climate change? Let’s start by rejoining the multilateral Paris accord. Much can be said in favor of multilateralism compared to isolationism as long as one is clear that it is a vessel that cannot carry much of a load, that it does not come close to being able to handle the most urgent foreign policy challenges the United States faces, nor all the others.

Actually, the number one challenge the Biden administration is facing is a domestic one, addressing the pandemic at home. International cooperation on this front has been minimal, and it is unclear how much can be achieved by more collaboration. The second challenge that Biden faces is reopening the American economy, but that depends first of all on the ability to curb the virus, which is almost completely a domestic drive. The economy can also be helped by stopping the tariff wars and unnecessary confrontations with China. However, Biden—at least so far—has found it necessary to side with the China hawks. Shoring up American democracy is equally important, but we cannot expect much help from other nations, whose democracies face major challenges of their own.

The notion that the Europeans will ally themselves with the United States to confront China ignores the fact that the European Union is much less keen than the United States to challenge China. Indeed, the EU just moved to negotiate a major deal with China, called the Comprehensive Investment Act. For the United States, facing China requires stopping plans to seek a simple strategy of either confrontation or collaboration and, instead, embracing a multifaceted approach. It entails drawing red lines that warn China that, if it uses force to impose its will on other nations or on Taiwan, it will face the U.S. military. However, when it comes to economic matters, collaboration and agreements beat confrontation. As far as ideas and values are concerned, the United States has nothing to fear from a global discourse as to which regime works best in the longer run.

North Korea poses a growing strategic threat to the United States. South Korea is not supportive of U.S. policy toward North Korea, and Japan is limited by its constitution in terms of how much it can help. The main foreign power that could help is China, but it most unlikely to do so the Biden administration follows the policy of confrontation.

Iran is keen to have the sanctions imposed on it lifted. Meanwhile, it is drawing on the fact that about the last thing the new Biden administration wants is to get entangled in a new war in the Middle East. Iran is rushing to enrich uranium to 20 percent. Once uranium is enriched to that level, it can be readily enriched further to weapons-grade level in a short time period, measured in months. Additionally, according to a Jan. 13 report, Iran now is constructing equipment that will enable the production of another key material needed for making nuclear weapons. The Europeans are not more willing to confront Iran than the Biden administration and are more inclined to make economic deals with Tehran. Russia and China are opposed to more sanctions, not to mention more robust action. Multilateralism will do little here.

Russia’s main projection of power occurs not in Europe but in the Middle East, Libya, and Central Asia. There is little that NATO is inclined to do in these areas, and it is not clear what it could do if it was more inclined to act.

Climate change is one area in which multilateralism is truly essential. If one nation cleans up its act, but other nations do not, little is gained and the public of the first nation will hold that its government is a sucker because it’s scarifies are nullified by other nations’ coal deals, deforestation, massive car emissions, and other such developments. China has shown signs that it is willing to attend to climate issues, in part to burnish its reputation and in part because of pressures from its middle class, which seeks less pollution. This, however, is the one kind of multilateralism that most multilateralists—who have Europe, Japan, Australia, and Canada in mind—rarely refer to.

In short, the Biden administration will do well to focus on the burning issues at home and shore up multilateralism. However, it will need to draw mainly on other instruments of foreign policy, which entail a fair degree of unilateralism, if it is to deal with the major international challenges the United States faces.