What Can the Marines Learn From Ukraine’s Success? 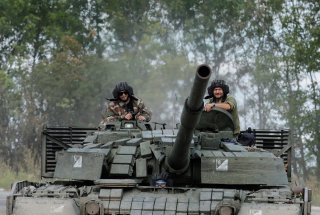 The war in Ukraine certainly presents a different combat environment than the Pacific. Yet, members of Congress are pointing out the conceptual parallels to guide the development of an optimal mix of weapons and combined arms strategies for future operations.

Many variables have contributed to the unanticipated success of Ukrainian forces, however, one of the key reasons for their performance is a proven ability to effectively integrate certain weapons, tactics, and combat strategies. This includes a combination of long-range fires, such as the high mobility artillery rocket system (HIMARS), standard 155mm artillery, and intelligence, surveillance, reconnaissance, (ISR) and attack platforms such as Switchblade drones that loiter before descending to destroy targets.

In an interview with The National Interest, Rep. Rob Wittman (R-VA), the ranking member of the Seapower and Projection Forces Subcommittee, drew lessons from Ukrainian forces’ success for the Navy and Marines in the Pacific. Referring to Ukraine, Wittman made the point that the right combination of weapons, coupled with effective tactics, could achieve a powerful combined arms effect.

“If we see what’s happening in Ukraine, we can see that, you know, it’s not just what’s happening with 155s, it’s also what’s happening with other more flexible platforms with things like Switchblade drones, which had been incredibly effective. Looking at HIMARS, and things that, the Marines can use in different ways, again, to hold the enemy at risk at distance, and with a number of platforms that make it much more difficult for the enemy to counter,” Wittman said.

Sure enough, these conceptual and tactical parallels, if even drawn from different weapons and platforms, were cited in the U.S. Marine Corps Force Design 2030 document. The text of the document cites success in Ukraine as indicative of how a smaller, dispersed, and more networked force can be agile and lethal. This is certainly true with respect to how Ukraine has been using anti-armor weapons in coordination with artillery, drones, air defenses, and long-range rockets.

“We’ve seen that there in Ukraine, where we have now a complexity of threats that we can place upon through Ukraine towards the Russians. And the Russians have not been good with countering that. Now argue that, you know, you give them [the Russians] enough time, and they’ll figure out something … but to this point, you’ve seen gains that have been made in, in the Donbass region. Many of their significant gains are due to the things that we’ve done to train Ukrainians and the things we’ve done to supply them with these weapons platforms. So I think it’s a great learning curve to see what we’ve done there,”  Wittman said.

Force Design 2030 calls for a fast-moving expeditionary force equipped with anti-armor weapons and supported by ship-fired missiles, drones, and unmanned systems. In a conceptually similar manner to Ukraine’s land warfare tactics, the Marines envision a mix of longer-range weapons with “close-in” fight strategies and a significant increase in the use of unmanned systems. While in different domains, there are conceptual parallels related to the Ukraine effort that can be applied to future amphibious warfare operations.