What to Do with the Navy’s Littoral Combat Ships? Donate Them to Allies 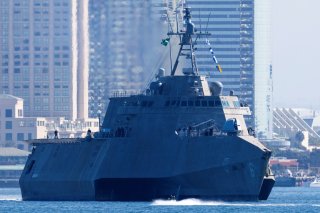 The U.S. Navy could transfer its fleet of Littoral Combat Ships to allied countries rather than pulling them out of service and decommissioning them.

“Now, in terms of what are the options going forward with these ships, I would offer to the subcommittee that we should consider offering these ships to other countries that would be able to use them effectively. There are countries in the southern, in South America, as an example as you pointed out, that would be able to use these ships that have small crews. And so instead of just considering scrapping as the single option, I think there are others that we can look at, sir,” Gilday explained to lawmakers.

Counter-narcotics operations are something that the Littoral Combat Ships could excel at, given their high sprint speed.

“Unfortunately the Littoral Combat Ships that we have, while the mechanical issues were a factor, a bigger factor was the lack of sufficient warfighting capability against a peer competitor in China. A key factor in the determination was the anti-submarine warfare package that was being developed for the Freedom-class hull that just were ineffective,” Gilday explained.

The Freedom-class—and Independence-class Littoral Combat Ships—have been wildly over-budget and plagued with problems. In addition to being expensive and challenging to fix, the ship’s original design as a modular, multi-mission ship proved to be a naval dead-end. As a result, the ship’s anti-submarine warfare capabilities were never fully realized.

“And so we refused to put an additional dollar against that system that wouldn’t match the Chinese undersea threat. That was a primary driver, sir, in leading us to determine that those ships relative to others, just didn’t bring the warfighting value to the fight,” Gilday noted.

Rather than reinvesting in ships that don’t work, the Navy is ridding itself of the Littoral Combat Ships and investing in new capabilities.

“In terms of anti-submarine warfare, we do have other capable systems in the fleet, not just on the sea, but also I mentioned the submarines– the quietest summaries in the world – the most effective submarines in the world that we’re fielding as well as our P-8 aircraft for large-area ASW surveillance.”