What Do You Get When You Give Israel An F-35 Stealth Fighter? 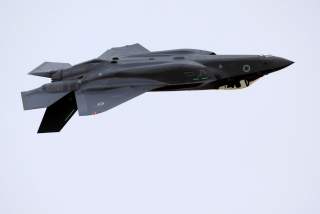 Key point: Israeli F-35Is uniquely will have an overriding Israeli-built C4 program that runs “on top” of Lockheed’s operating system.