What Does It Matter That Finland Is So Happy? 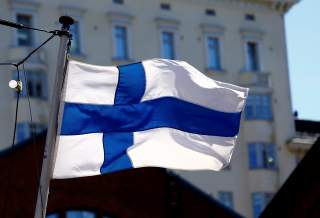 Finland is a happy and homogeneous little country of 5.5 million people. A consistently strong Winter Olympics performer. Heavily forested. Oh, and one more thing: It’s a “capitalist paradise,” at least according to a Sunday New York Times op-ed by Finnish-American journalist Anu Partanen. Dynamism and innovation coexist nicely with high supertaxes and a superbig welfare state. Partanen’s message to America: Be not afraid of universal healthcare, tuition-free college, and months of paid parental leave. Also the taxes. Your economy will be just fine with a much cozier version of capitalism.

And maybe she’s right. But why is it reasonable to automatically assume what works well in a tiny country full of Finns would work equally well in a big country not full of Finns? Different people, different geography, different history, different culture. As my AEI colleague Stan Veuger said in a 2016 podcast Q&A about the Nordic nations: “They’re relatively homogeneous, they have stable politics, they do not have a tradition of ethnic groups or racial groups that have long been disadvantaged. So that makes a lot of these programs more feasible and more affordable too.” And their egalitarian natures seems to predate their welfare states.

Then there’s the matter that Americans are richer than Finns. I mean, it seems worth mentioning that we are about a quarter richer based on nominal per capita GDP and about a third richer based on purchasing power. Nor does Finland have a single billionaire entrepreneur, in the tech sector or otherwise. As economists Daron Acemoglu, James A. Robinson, and Thierry Verdier explain in the 2012 paper “Can’t We All Be More Like Scandinavians?”:

We cannot all be like the Scandinavians, because Scandinavian capitalism depends in part on the knowledge spillovers created by the more cutthroat American capitalism. … Some countries will opt for a type of cutthroat capitalism that generates greater inequality and more innovation and will become the technology leaders, while others will free-ride on the cutthroat incentives of the leaders and choose a more cuddly form of capitalism.”

One more thing: While it’s true that Finland is a high-tax country in terms of total tax revenue as a share of the economy — thanks in large part to its value-added tax — that’s not true of business. Corporate tax revenue in Finland as a share of total tax revenue was actually a bit lower than in the United States last year, according to the OECD. Finland also has a low 20 percent corporate tax rate vs. 21 percent here. Would Finland be such a “capitalist paradise” if businesses were taxed far more harshly, as many Democrats suggest for the US? Or how about if Finland were as skeptical of free trade as many left/right populists seem to be? Perhaps no to both.