What the EU’s Kowtowing to China Means for the World 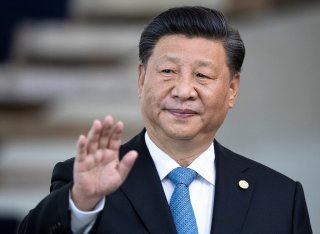 So much for a “geopolitical” European Commission (EC). The EU has long labored under critiques of being toothless and feeble on the world stage, but Ursula von der Leyen’s use of the phrase to mark her new term at the EC’s helm in December seemed to presage a change of tack. It rings hollower than ever after EU diplomats caved in to China’s bullying to lighten the blame for its ongoing mass disinformation around COVID-19, as initially reported by the New York Times on Friday last week.

Falsely accusing the U.S. Army of bringing COVID-19 into Wuhan was only the start. Since giving up on that hoax, Chinese state-owned media have taken to blasting other countries’ responses, including shifting onto them the blame for scams by Chinese medical manufacturers and even falsely accusing French officials of racism against the Tedros Adhanom. To this day, China ploughs on undeterred with this campaign to whitewash its role in helping the virus spread, even as it responds to growingly hostile reactions with calls to “leave politics behind” and join together in “a battle between homo sapiens and the virus.”

As COVID-19 keeps sowing fear, defeating it naturally becomes the public’s all-encompassing concern, which plays into the hands of China’s propaganda. On April 7, a SWG opinion poll found for the first time ever a majority of Italians deeming China a more desirable partner than the United States, and those calling for President Donald Trump to focus squarely on the virus similarly resent his finger-pointing at China. But subordinating politics to health should hardly mean ceding in the face of disinformation. The EU’s bowing to Chinese pressure over the report is a global embarrassment and raises questions about the bloc’s near-future geopolitical role in a world ongoingly re-ordered by COVID-19.

After a snippet was run on Tuesday, the report was amended to markedly tone down the blame for China’s deception efforts, notably by dropping references to a “global disinformation campaign” and to the false accusations of racism made of French officials. Most tellingly, China’s disinformation was atoned for with a vague mention of “official and state-backed sources from various governments” that only mentioned it in second place to Russia.

The report was the work of a task force set up in 2015 to expose Russia’s sowing of division and distrust across Europe through fake social media accounts. China’s similar efforts around COVID-19 have stretched the group’s coverage eastward, albeit with a much simpler task at hand this time. The report wasn’t so much a work of intelligence as a simple round-up of public reports of China’s disinformation, which comes not stealthily through Twitter bots but overtly by state-owned media. What’s even more concerning is that the earliest victims of China’s disinformation were European countries themselves, in sync with the virus’ early impact in Italy and Spain, which China has deflected blame onto for the sale of shoddy equipment it fails to regulate. The country’s propagandizing around a “Health Silk Road” also stands in sharp contrast to its tying of commercial deals to the aid delivered.

What exactly were China’s threats is hardly mysterious. Following the New York Times’ lead, the Financial Times broke a story of its own recounting three calls by Foreign Ministry officials to their EU counterparts. E-mails seen by both outlets have them threatening their country would be “very angry” and “disappointed” if the report was published in its initial version, pointing to their recent retaliation on Trump’s China-critic rhetoric for dissuasion.

Like that on any other advanced economy, China’s leverage on the EU revolves around market access. 2020 was earmarked by both sides as a watermark in bilateral trade ties, with a major summit scheduled for September in Leipzig expected to give the finishing touches to an investor-protection framework whereby the EU hoped for better safeguards for European firms in China fearing IP theft and unfair competition with state-subsidized giants.

Since the toned-down report came out Friday, EU officials have alternated between outright denial and claims that the toning-down wasn’t made to appease China. Spokespeople have even lied about not holding up the report’s publication, blaming Politico Europe for an “unauthorized leak.” Politico had actually been allowed to run a snippet of the report on Tuesday ahead of its full release, which drew China’s attention and prompted the bullying in the first place.

Subservience to China is an image the EU loathes projecting, and one opposed to an earlier account by its diplomatic chief, Josep Borrell. In a press release a month ago, Borrell spoke of a “global battle of narratives” and reckoned with the “cover-up of critical information.” He also sounded a skeptical note about China’s “politics of generosity” and even exposed the slandering of Europeans as COVID-19 carriers. Angela Merkel had similarly relativized China’s medical aid as mere reciprocation for Europe’s previous help to China in COVID-19’s early days. As far as “informational wars” go, the hand wringing over the EU’s report is a key battle, but one where it has waged on an unlikely side—not standing up to disinformation but caving to it. With the aggravating factor that the emendations were likely demanded by Borrell himself, if one is to believe the NYT’s reporting, which mentions his advisor Esther Osorio as the staffer who embargoed the report and commissioned the edits.

The main loser is naturally the EU itself and its virtue signaling as a bulwark of truth and transparency, reeling as it is from bad marks given for the bloc’s handling of COVID-19. The virus’ ravages are primarily for national authorities to cope with, but the EU has dismally failed in helping coordinate their responses. When talks of a potential burden-sharing agreement ran against the stern opposition of Germany and other Northern European member states, the bloc’s neutral role in the discussions tainted its image in less fiscally conservative peripheral countries. Core details of the affair are yet to emerge, but the plausibility that Borrell’s office yielded to China’s pressure based on fears that the investment talks may suffer will harm the bloc’s image along similar lines. Just last week, in an interview with the state-owned paper Caixin, Germany’s ambassador to China urged the two sides to see COVID-19 as an opening to accelerate the talks.

Trade and investment may play a role in relaunching the global economy post-COVID-19, but market access in China has hardly ever been a top concern for the European public and is even less so now. Sacrificing a truth-finding report on the altar of investor interests will only feed the EU’s image as an opaque, bureaucratic superstructure disconnected from popular concerns and skewed towards the interests of Germany—coincidentally the EU’s largest investor in China—and corporations, a bias even more misplaced at a time when most of the world is looking at some degree of economic decoupling from China.

China will also suffer, as its arm-twisting tactics effect the very reputational blow they were meant to prevent. Its media suppression may work domestically, but just like it backfired worldwide in COVID-19’s early days, so it may backfire now. The New York Times’ report shows that an independent media can always overpower sleazy blackmailing and suppression, be they from China or the EU. China, other countries will be wise to take note, will stop at nothing to whitewash its role in helping COVID-19 spread and in fostering disinformation about others’ responses. In caving to it, the EU has shattered its reputation as a defender of truth. European member states and publics should be reminded of such a low point as this crisis unfolds.

Jorge González-Gallarza Hernández (@JorgeGGallarza) is a writer in Madrid, Spain.