What Is The Future Of Stealth Fighters? This Picture Is Your Clue. 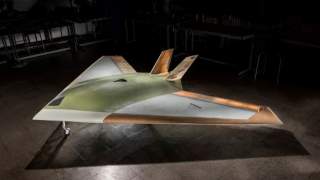