What the Great Pacific War Can Teach the U.S. Military Today 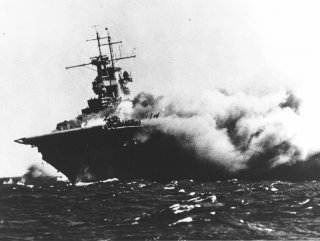 Let’s clear away bureaucratic underbrush—and recapture the spirit of the Pacific War.

James Holmes is J. C. Wylie Chair of Maritime Strategy at the Naval War College and coauthor of Red Star over the Pacific, which appears on the U.S. Navy and Marine Corps Professional Reading Lists. The views voiced here are his alone.