What The Heck Is a Shotgun-Revolver? 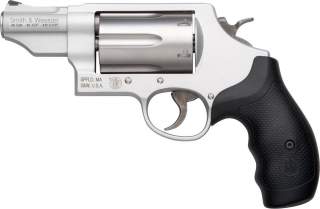 Key point: We will explain.

One of the most interesting trends in the world of handguns is that the revolver not only uses handgun ammunition but also shotgun shells. The ability to shoot both high-powered handgun ammo above .40 caliber and small caliber shotgun shells makes these revolvers far more versatile than most. Although seemingly a new phenomenon, the development of handheld shotguns actually goes back to before the U.S. Civil War.

Kyle Mizokami is a writer based in San Francisco who has appeared in The Diplomat, Foreign Policy, War is Boring and The Daily Beast. In 2009 he co-founded the defense and security blog Japan Security Watch. You can follow him on Twitter: @KyleMizokami. This piece was first featured in 2019 and is being republished due to reader's interest.